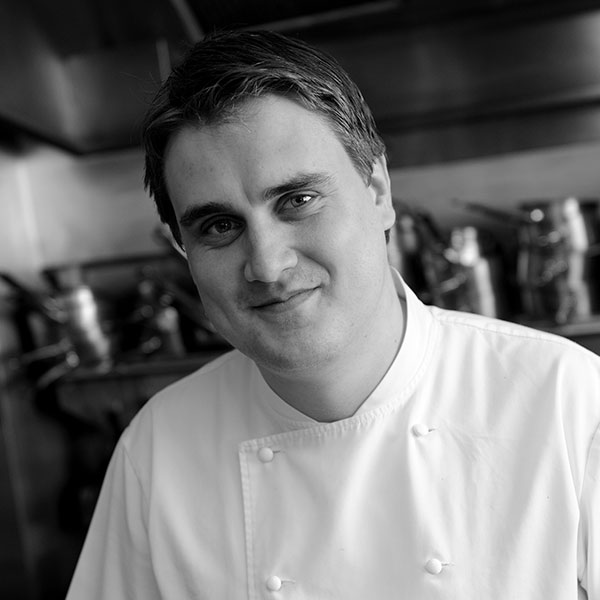 Tom Scade is currently sous chef at The Ritz in London where he moved in 2016 from his position as head chef at the Crab and Boar in Chieveley. This followed his time working with Martin Blunos at Blunos in Bath. Prior to that he was Head Chef of Tides Restaurant and The Mariners Rock for four years. In January 2012, Tom was promoted to General Manager too, overseeing the day to day running of the Restaurant and the Pub with his partner Carla.

Tom graduated with Distinction from Bournemouth College of Further Education in 2004 after gaining a scholarship with The Academy of Culinary Arts – his sponsor was Richard Shepard of Langans Restaurants. In 2006 Tom took part in the National finals of the Young Chef of The Year and gained The Award of Excellence from the Academy of Culinary Arts.

Prior to taking over Tides and The Mariners, Tom worked as Sous Chef at The Bee in Windlesham, earning a Michelin Bib Gourmand in it’s first year of opening. Before that he spent 3 and a half years at The Ritz Hotel in London and also completed a three year apprenticeship scheme under Keith Stanley at Langans Coq D’Or.

In November 2011 Tom won South West Chef of the Year, beating three other finalists in a cook off. Tom also demonstrates at various events. In both 2017 and 2018, Tom won the UK national final of Le Taittinger Prix Culinaire, taking part in the international finals in Paris in November each year.

Tom describes his food as using influences from European classical and modern cuisine to produce fresh, honest and flavoursome dishes. 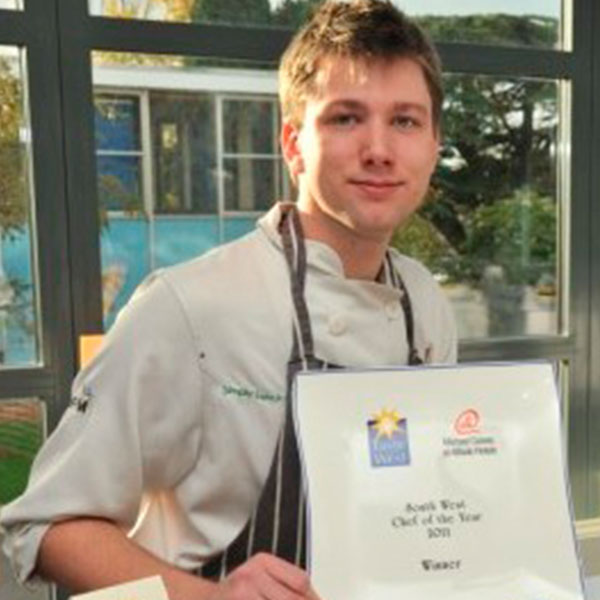 Daniel started his career working in a cafe in the centre of Exeter between his GCSE exams. He was a kitchen porter – washing plates, cleaning the kitchen and other odd jobs for the chefs and owners of the business. When he finished school he began working there full time.

He had planned to take an art course at college but the head chef suggested that if he change to an NVQ in catering he would always have a job! Daniel consequently changed to an NVQ level 2 at Exeter College where he soon realised that he had a passion for food.

Wanting to expand his experience beyond the cafe, Daniel via his tutor, began working at the Rodean Restaurant in Kenton where he stayed for over 5 years.

During his time at the Rodean he worked on various stations including garnishes, starters and desserts and opened the restaurant himself in charge of the pass. Daniel went on to complete both his NVQ 2 and 3.

Daniel won Advanced Apprenticeship of the Year 2010 and in November 2011 he entered South West Young Professional Chef of the Year in order to measure his skills against other top chefs from the South West. Daniel says, “it was a hard contest due to the talent of the young chefs competing and I was delighted to win!”

Early in 2013, Daniel moved on from the Rodean to work under Ian Webber at ABode Exeter and thoroughly enjoyed learning to work to Ian’s and Michael Caines’s high standards. He later moved on to work at the Cholton Green Brasserie Manchester.

In 2017, Daniel returned to Devon to take up the position of junior sous chef, working under Ian Webber at The Five Bells before moving to The Galley in Topsham where he now works as sous chef to Jason Mead.