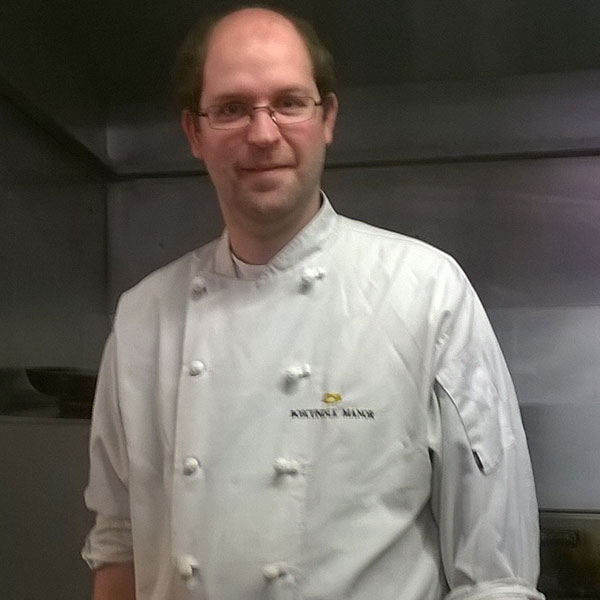 After studying for his NVQ in hospitality and catering, Adam opted to specialise in pastry, completing a level 3 patisserie and confectionery course before going on to further chocolate, sugarcraft and pastry courses. Adam is a member of the Association of Pastry Chefs.

During his studies, Adam worked at Charlton House Hotel, Shepton Mallet, initially as a Commis chef and later as Chef de Partie and it was from here that Adam entered and won the South West Chef of the Year competition. Adam also took advantage of a number of opportunities to broaden his experience whilst working at the Charlton House Hotel, spending some time at The Castle Hotel in Taunton, The Horn of Plenty at Gulworthy, The Seafood Restaurant at Padstow and The Savoy in London.

In 2006 Adam took a job as Chef de Partie at Brockencote Hall in Worcestershire but moved back to the South West working initially at the Old Government House on Guernsey before returning to the mainland where he has taken jobs at a number of high quality hotels and restaurants including Hotel Penzance, the Mount Haven Hotel, The Alverton, Truro and the Boscundle Manor, St Austell. In May 2015, Adam became head chef at Tremarne Hotel, Mevagissey before moving on to Brend Hotel’s flagship hotel, The Carlyon Bay Hotel in St Austell in May 2017.

During his career, Adam has been successful in a number of competitions including the Annual Awards of Excellence Academy of Culinary Arts, Dessert of the Year, the Heston Blumenthal’s Finish Innovation Challenge and most recently, won the inaugural Cornwall Masterchef Competition in 2013.