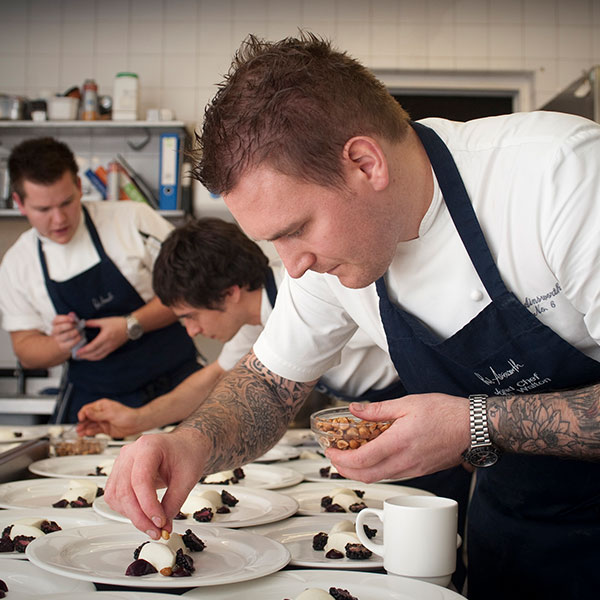 Growing up in Padstow, John started his career with Rick Stein at The Seafood Restaurant before moving to London and working at Petrus for three years where he first met Paul Ainsworth.

John came back to Padstow and was reunited with Paul at Number 6 in 2006, working his way up to Head Chef in 2008. Paul and John continue to work closely together, shaping the restaurant and menu; they constantly strive to innovate and create something really special at Number 6 using the very freshest of ingredients and passing on knowledge and experience to the whole team.

As a Cornishman, John was particularly proud of his achievement in winning South West Chef of the Year 2009; although not a frequent participant in competitions, he felt that this one really mattered and was especially close to his heart. John also felt that his success in the competition gave him a real insight, and was a valuable experience, that helped in developing winning ideas with Paul for the Great British Menu. 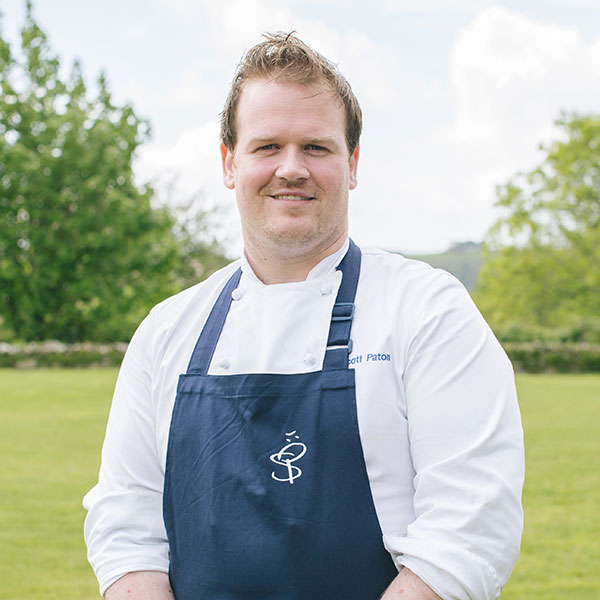 My first experience of cooking was when I was 5, we had a French breakfast day in school where we made baguettes and hot chocolate. I have always loved cooking and as a kid I often made my family smile with my “strange concoctions”.

I trained at The Jack in the Green, initially washing dishes. It was my first job in the industry and I soon got stuck in. I worked with Matt Mason and Paul Parnell for 9 years, so they have obviously had a massive influence on my career.

I’ve won some great accolades that I’m really proud of. In 2008 I won ‘dessert of the year’ from the Association of Pastry Chefs, and in 2009 I won South West Chef of the Year in the young professional class.

There have been a couple of chefs who have really influenced me. Pierre Herme is a fabulous pastry chef who I was fortunate enough to work with for a couple of days. He’s known as the Picasso of Pastry, he’s the guy who brought pastry bang up to date.

I’ve also been hugely impressed by Tom Kerridge at The Hand and Flowers in Marlow. For me, he’s re-written the fine dining rule book. He’s just been awarded 2 Michelin stars, but there’s no white linen in the restaurant, no smartly uniformed staff, just a quirkly little pub with wonky tables and a fantastic atmosphere, but he’s managed to capture the essence of his pub in his food.

Scott took the position of head chef at The Horn of Plenty, Gulworthy, where he helped secure three AA rosettes before moving to the role of Head Chef at Boringdon Hall, near Plymouth in May 2016. Since taking his position at Boringdon Hall, Scott has secured three AA Rosettes and in 2017 won both the Food Magazine award for Best Chef and was also a recipient of one of the prestigious 30 under 30 national Acorn Awards for 2017.