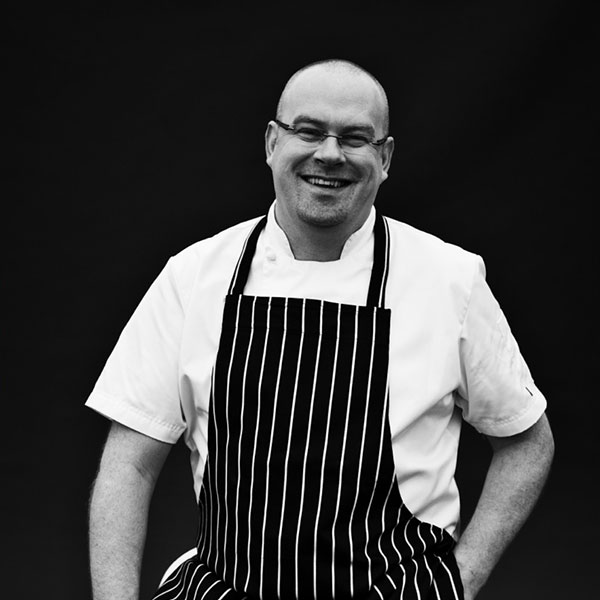 Simon’s culinary career started early in his life. By his early teens he already had several World Junior titles to his name and he has been adding to the list ever since, with a myriad of awards, including the Roux scholarship for young chefs in 2003 and the National Chef of the Year award in 2008.

Before moving to Torquay, Simon had been perfecting his culinary technique working for highly regarded, Michelin starred restaurants throughout Europe where he was mentored by some of the world’s most respected chefs.

Since becoming head chef at The Elephant, Simon has brought his extensive influence of traditional and world cuisine to Torbay, putting the English Riviera on the culinary map. The Elephant was awarded a Michelin star in 2006 which it maintains today. In 2017, Simon took ownership of The Elephant.

2015 has seen expansion of Simon’s business with the opening of Burridges Tea Room and The Kennel hot dog restaurant, both in Torquay.

Simon became a Roux Scholar in 2003. He represented the UK in the Bocuse d’Or, the world’s most challenging and prestigious culinary contest, for the second time in 2011. He is captain of the British team in the Culinary Olympics and was also captain of the English Culinary Team at the Culinary World Cup in 2010. Simon is the only British chef to win gold at the World Chef Championship in France. In August 2011, Simon won the British Airways’ Great Britons competition and worked with Heston Blumenthal to create a menu for British Airways passengers.

“Being awarded the title of South West Chef of the Year during my first year back in Devon was a boost for me personally and for The Elephant. The competition helped to put the restaurant on the map and since then we’ve gone from strength to strength. The South West Chef of the Year is a great regional competition and I’m looking forward to discovering new talent this year.”

Callum started his career 14 years ago at at Cotswold House Hotel in Chipping Camden which held 3 AA Rosettes. He has worked closely with chef Simon Hulstone at the Elephant in Torquay which has held a Michelin star for over a decade. He has won gold medals at the International Salon Culinaire at Hotelympia as well as Best Chef in Class at HCTC Future Masters Competition. He has since worked at many fine dining establishments around Devon before joining Ashburton Cookery School in 2016.