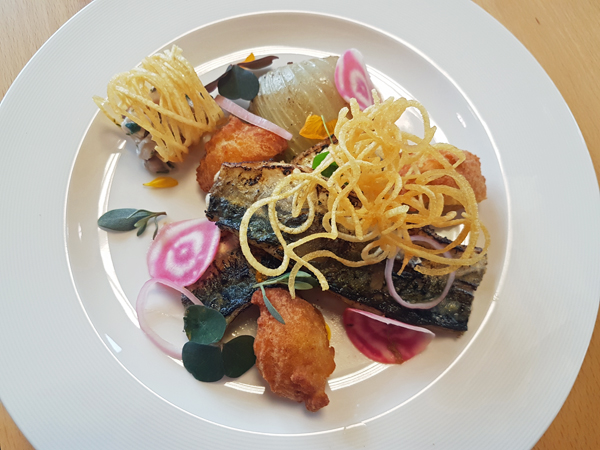 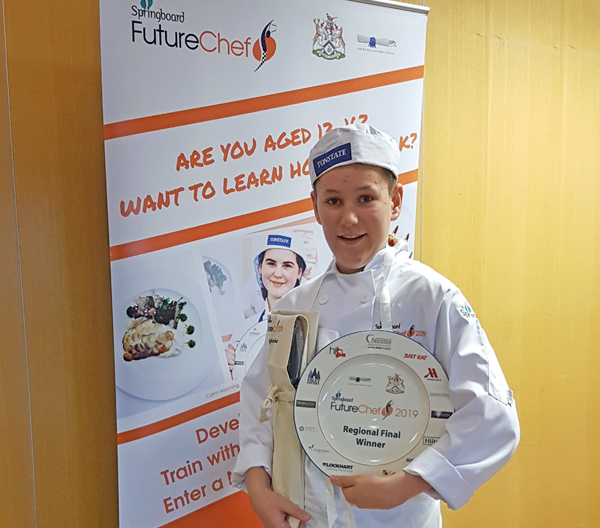 Five of our six finalists, Conor, Jorgia, Katie, Rhys and Samantha, chose to take up their place in the FutureChef competition and travelled to Petroc College, Tiverton, on 5th February to compete alongside five other young cooks who had qualified through the school heats and the local finals to reach the regional final.  The sixth of our finalists, Eva, opted to concentrate on her exams this term.

All ten young cooks, aged 12-16, cooked up a storm in the kitchens preparing some outstanding menus, incorporating a main course and dessert.

After much deliberation, the judges selected 13-year-old Conor as the winner after tasting his menu of pan fried mackerel with beetroot, Pommes Dauphine and tartare with fennel followed by apple soufflé with a blackberry sauce. Conor is a student at Whitstone School, Shepton Mallet.

Conor will now go on to represent the South West at the national final in March.  He was mentored by South West Chef of the Year judge and junior chef mentor, Liam Finnegan at the Castle Hotel, Taunton.

The other finalists were (beginning with the four remaining South West Junior Chef finalists):

Pan fried chicken breast with herb gnocchi and a mushroom sauce followed by crème brulée with a strawberry compôte, mint foam and a tuile biscuit

Sea Bream en papillote on a bed of shaved fennel and leeks, served with fennel croquettes, Pernod velouté and Cornish Savoy cabbage followed by yoghurt panna cotta with a tuile butterfly and a hone and saffron glaze

Many congratulations to all competitors on reaching this stage of the competition.  What an incredible final they produced!

Good luck to Conor at the national final that will be held at Westminster Kingsway College, London, in March!