Russell has worked as a professional chef across the South West for 20 years, starting as a commis chef in a 3 star hotel with a two rosette restaurant.

In 2003 he and his wife Eléna opened their own restaurant, Sienna, in Dorchester, Dorset. Here Russell received much critical acclaim including the award of 3 AA Rosettes in 2007 and a Michelin star in 2010, along with a score of 5 in the Good Food Guide. Each of these awards was maintained thereafter.

In April 2015 Russell and Eléna ended their time at Sienna to begin a new venture, Creative About Cuisine, a business that focuses on consultancy work, writing, demonstrations, teaching and photography. The business also involves plenty of cooking with guest chef dinners, some pop-ups and maybe another restaurant one day! 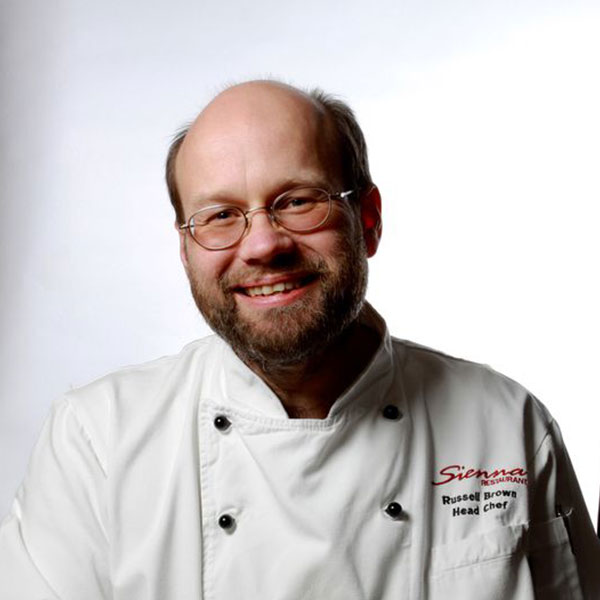