Growing up in the West Midlands, Rob knew from a young age he’d one day have a career in the kitchen. At secondary school, Food Technology was his favoured subject, giving Rob the chance to express his creative skills. He went on to continue his training at Walsall College, where after three years he’d obtained NVA level 3.

Rob was quick to take his skills in to the work place, and after college, secured a position as Commis Chef at The Bay Tree in Birmingham, under Michelin starred Head Chef Andy Waters, one of Rob’s most influential peers to this day.

Rob went on to work as Sous Chef at Lucknam Park a fine dining Michelin starred restaurant before moving to The Royal Oak Paley Street, working as right hand man to Dominic Chapman resuming the roll as Head Chef in Chapmans absence. The Royal Oak gave Rob the opportunity to develop his technique, and preferred style of cooking; as a true advocate for seasonal, locally sourced produce, Rob has a passion for serving fresh dishes, simply presentment yet technically prepared.

Rob returned to Lucknam Park as Head Chef working under Executive Chef Hywel Jones, gaining the opportunity to further his culinary skills and develop his style and presentation; Rob refers to Hywel as his ‘greatest mentor and creative influence’, and reflects his own work ethic in the value of Hywel’s mentoring and teaching.

Working alongside these great teachers and mentors, Rob gained his own unique style and confidence, not only in his food but on a management level which he is excited to bring to The Manor House, where he took the role of Executive Chef of The Bybrook Restaurant in early 2016.

Rob says he has “a dedicated focus to serving seasonal and classical food combinations” and his aim “is to create a relaxed fine-dining menu influenced by the seasons as well as being dictated by the beautiful British produce harvested from within the grounds of The Manor House.’’ He will serve the finest seasonal produce possible and prepare it with flare and distinctive flavours.

Rob also finds great importance and value in working closely with local and passionate suppliers who provide him with his ingredients. His past experience working for Michelin starred restaurants has instilled a deep rooted awareness of the value of great produce. This, coupled with his drive and ambition to create food his customers will love continues to stoke his never-ending ambition to create new dishes that will satisfy and surprise. 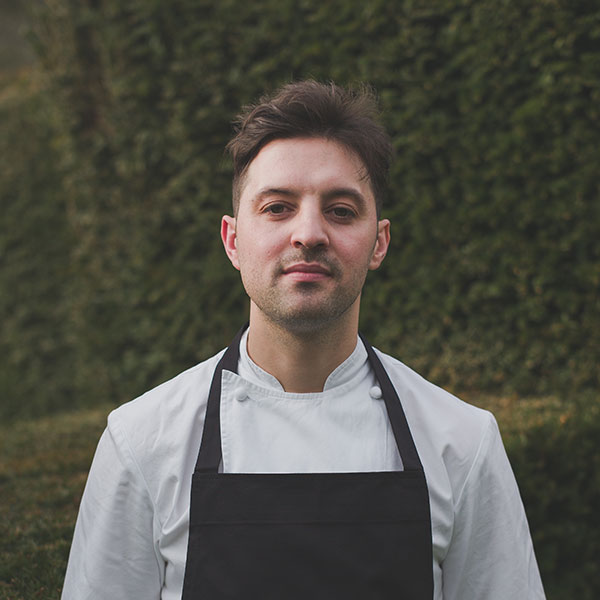