Nathan Outlaw was introduced to the professional kitchen by his father at the age of 8 when he was allowed to flip toast for the breakfast service! He attended Thanet Technical College in Kent and his first job was at the Intercontinental – Hyde Park Corner, fine tuning his skills under the supervision of the late Peter Kromberg.

Having worked for several esteemed chefs, Nathan eventually found his way to Rick Stein at The Seafood Restaurant in Padstow where his passion for fish cookery was ignited.

In 2003, Nathan opened his first restaurant, The Black Pig in Rock and within a year was awarded his first Michelin star. Nathan was offered the dining room at the Marina Hotel in Fowey and it was at this point that Restuarant Nathan Outlaw was born.

In May 2009, Nathan opened the second of his restaurants, Nathan Outlaw Seafood & Grill at the St Enodoc Hotel in Rock (now re-named Outlaw’s at St Enodoc Hotel), which brought a casual dining arm to his business.

In December 2009, Nathan decided to move the fine dining enterprise, Restaurant Nathan Outlaw, to Rock too where it went on to gain 2 Michelin stars and was placed 3rd in the Good Food Guide’s Top 100 Restaurants in the UK.

In October 2012, Nathan opened his first London restaurant, Outlaw’s at The Capital Hotel, Knightsbridge which, within a year of opening, received a coveted Michelin star.

Nathan’s desire to bring simply cooked fish and seafood to the attention of everyone saw him open Outlaw’s Fish Kitchen in the beautiful fishing village of Port Isaac, Cornwall in 2013 and, together with fellow chef, Paul Ripley and Sharps Brewery, launched the Mariner’s Pub in Rock in the summer of 2014.

In early 2015 Restaurant Nathan Outlaw was also relocated to Port Isaac where it is now housed in larger premises with outstanding views.

In a change to his business model, Nathan decided to close his London restaurant and relaunch his flagship restaurant in Cornwall as a more inclusive and accessible concept.  In 2020, Restaurant Nathan Outlaw re-opened after the lockdown as Outlaw’s New Road, alongside Outlaw’s Fish Kitchen and, new to Nathan’s portfolio in Spring 2022, Outlaw’s Guest House, also in Port Isaac.

A staunch supporter of quality education for young chefs and front of house staff, and always keen to encourage young people into the hospitality industry, Nathan has partnered with Cornwall College to create Academy Nathan Outlaw. Here talented young chefs are given extra guidance and opportunities to enrich their learning as a result of Nathan’s direct involvement in their education.

Nathan has appeared on BBC’s ‘Great British Menu’, winning the South West heat in 2012 and is a regular guest chef on ‘Saturday Kitchen’. He also recently appeared in a television series called ‘Hook It, Cook It’ co-presenting with chef friend, Valentine Warner.

Nathan was delighted to be awarded the Chefs’ Chef of the Year award at the AA Hospitality Awards 2014-2015. 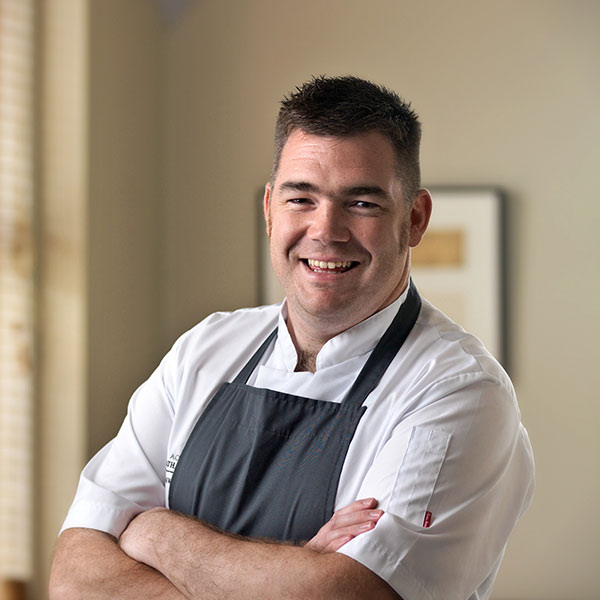