Barbican Kitchen and The Kentish Hare

It was a childhood dream of The Tanner Brothers to own and operate their own establishment opening Tanners in Plymouth in 1999. In 2008 Tanners was awarded the AA Restaurant of the Year for England.

The brothers opened the highly popular Barbican Kitchen brasserie in April 2006, within the Plymouth Gin Distillery.

Their backgrounds in the food world are synonymous with great restaurants in London, New York, France and Bath, with the Roux Brothers and Martin Blunos. For many years James was a regular on Ready Steady Cook, and is a regular chef on ITVs Lorraine & Saturday Kitchen.

In 2003 Chris & James filmed their own 15 part series, The Tanner Brothers. 2006 & 2007 saw the publication of their books on chocolate and ice-cream. These have gone on to be translated for 7 other countries. In October 2010 James published his first solo book, Take 5, which has been released throughout Europe and in the USA.

2014 has brought exciting new ventures for Chris and James. Firstly they opened a collection of outlets in Looe in Cornwall, including Quayside Fresh, a farm shop, along with a fishmonger, butchery and street food outlet. More recently, the brothers have sold Tanners Restaurant and have taken on The Kentish Hare family dining pub near Royal Tunbridge Wells in their home county of Kent. Early in 2016, The Kentish Hare was named the Best Newcomer in the UK’s Top 50 Gastropubs, appearing at 33 in the list!

“We are looking for chefs dedicated to creating original dishes, bursting with flavour and with great attention to detail. The South West now offers such an extensive range of wonderful ingredients and this competition recognises those who are able to select and put those ingredients to best use.” 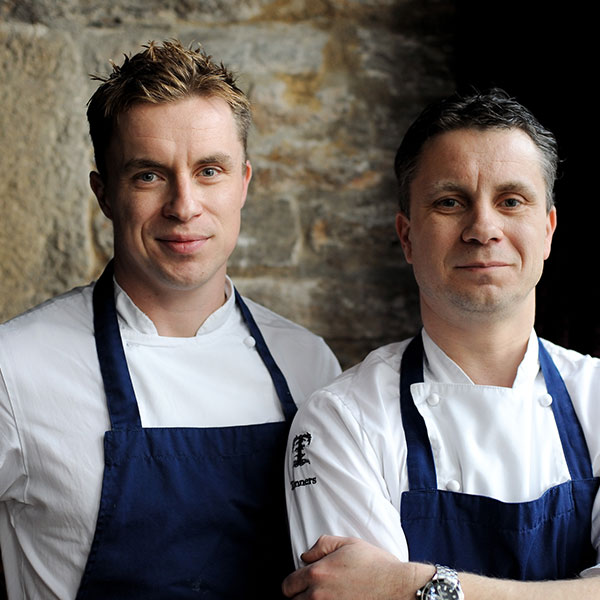